I have long been an avid reader of Saveur magazine and their former Editor-in-Chief James Oseland. Being a food journalist, or a food critic (my favorite is Ruth Reichl - please read any and all of her books - they are all fantastic!) has long been a dream. Wouldn't that be a fantastic job? Travel the world eating amazing (and maybe sometimes not-so-amazing) food? Sigh. Maybe in another lifetime.

Anyways, getting back to Saveur. I have long been an avid reader but have been a little apprehensive about trying their recipes since they seemed daunting. This one though, I thought, I have to just try it and if it doesn't look or taste great, then that's fine, but maybe it will be awesome and I will then have a fail-safe Mediterranean flatbread recipe! And that's just what happened. 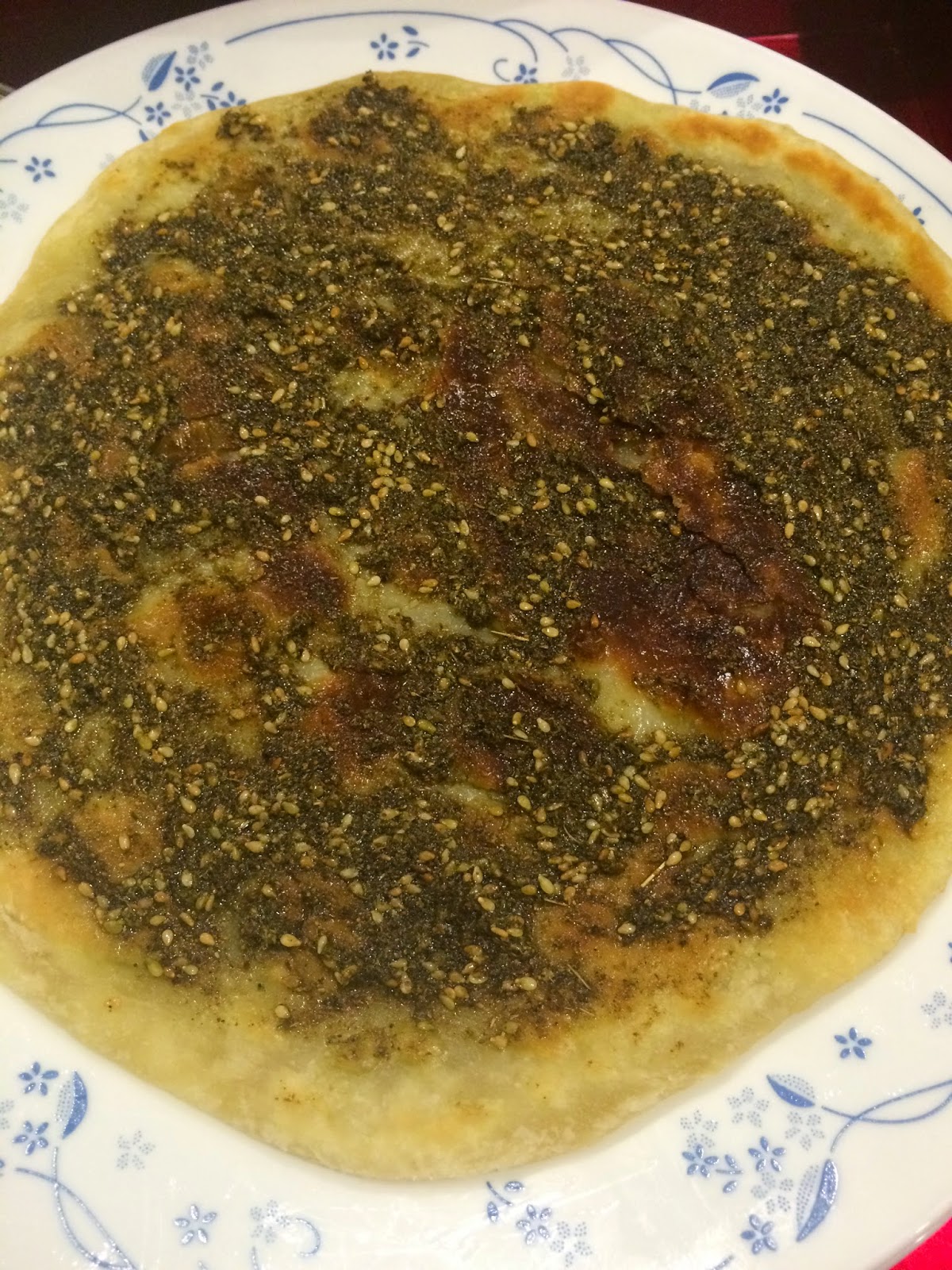 1 cup Flour (I did whole wheat and all-purpose. But I assume the recipe calls for all-purpose only)
2 Tbsp Za'atar (this is a Mediterranean spice mix which is very versatile)
1 tsp Salt
6 tbsp Olive Oil
1/4 cup Water

To Serve:
a handful of Olives, chopped
Tomatoes, sliced
and Mint.

Mix together flour, salt, 1 tbsp of the oil and water and stir until a dough forms. Knead the dough for a couple of minutes, then cover with let rest in a warm space for 10 minutes.

Mix together the za'atar and 2 tbsp oil in a different bowl and set aside.

Roll out the dough into a circle (recipe calls for about a 10" circle, 1/6" thick, but you could just eyeball it). Heat a skillet over medium-high and cook the dough until golden brown and slightly puffed up, about 5-7 minutes, flipping once.

Spread the bread with the za'atar and oil mix. Serve with olives, tomatoes and mint on the side (I served it on the side because everyone in my family wanted to eat just the bread!).

This was delicious!! Try it.

Other recipes in this blog that use Za'atar:
Za'atar Platter,
Whole Wheat Bread with Za'atar,
Za'atar and Goat Cheese Pull-Apart Bread.
Posted by Arundathi at 11:11 AM